Don't be guilty of these college application mistakes

Earlier this year, many were shocked to hear of famous individuals like Lori Loughlin and Felicity Huffman involved in a college admissions scam.

Wealthy parents paid big money to get their children admittance to prestigious schools. To do this, a phony admissions prep company faked SAT scores, embellished applications, and bribed college officials.

How common are admissions scams? Probably more so than we think.

The average parent isn't looking to scam anyone. But you can still get in trouble by trying to "fudge" here and there.

Here are some common slip-ups parents can make in handling their child's applications:

Providing Too Much Help on The Essay

Many parents fall into the trap of being a little too "helpful" when it comes to writing the essay. It may be hard, but keep your hands off your child's work until they ask you for a final review. Provide spelling and grammar corrections, and advice on improvement, but resist the temptation to take the keyboard into your own hands.

There is a reason the college is asking a student to write an essay. They are assessing the content, how a student expresses him or herself, and general writing ability. If your child submits someone else's work, that is considered fraud.

Is your child declaring a major? Make sure it's an honest commitment. If your child claims a major to ensure admission or a scholarship and plans to change later, that is considered fraud.

Of course, many students change their mind once they take a few classes, and that is fine, but it is not fine to purposely mislead.

Be aware that scholarships that are dependent on major only apply if the student graduates with that major.

Have any disciplinary issues? Better disclose them now. If there is a question on the application that asks about discipline issues, then the child has to answer honestly.

Was your child expelled or suspended from school? There will be a place for you to explain why. If a college learns about an undisclosed discipline issue, then they do have the option to reject the application or withdraw a given admission decision.

Part of the admissions scam that became famous this year involved student's lying about athletic abilities.

Just like lying about a college major, lying about participating on a sports team is also fraud. The penalty for lying or over-embellishing any accomplishments could include a rejected application, expulsion from the school, and lost financial aid and scholarships.

Hiding Who They Are

The application is your child's chance to paint an accurate and beautiful picture of him or herself. Make sure your child is both honest and positive in their application, and you'll be on the road to success!

So what if your child has applied with a lie on it? Contact the admissions department right away and be honest about what happened. Ask to withdraw or be allowed to resubmit an application. 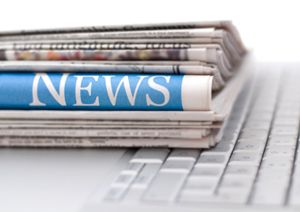