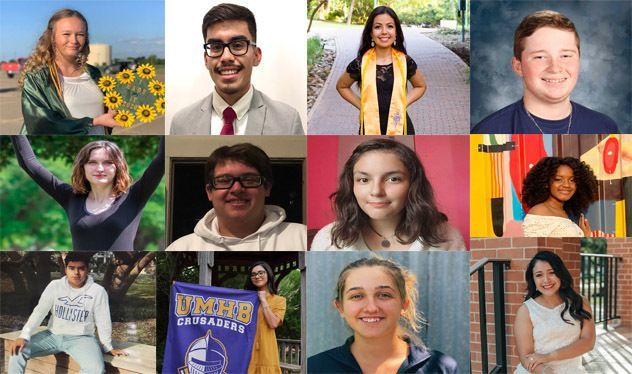 Please join us in congratulating the Foundation's 2020 scholarship recipients! Our 12 new scholarship recipients boast impressive statistics, with one valedictorian, two salutatorians, a Terry Scholar, five who are first-generation college students and one who was the first person in his high school to earn an associate's degree before a high school diploma. Their college fields of study are just as impressive, with majors ranging from biology, mechanical and civil engineering and nursing to business, accounting, and education, and communication studies. These 12 will attend nine different schools in Texas. We congratulate each one of our scholars, and look forward to sharing their journey with them.